The West Highland Way is particularly close to my heart – and not just because it runs pretty much past my front door! When we founded Walk Wild Scotland nearly 20 years ago we took some of our very first guest along parts of this route. Since then I’ve enjoyed guiding dozens of small groups along its most scenic sections and walked the trail end to end myself – in all weathers. It’s such a fantastic introduction to the Scottish Highlands, so every year we always run at least a couple of tours along parts of this iconic route.

Opened in 1980, the West Highland Way was Scotland’s first National Trail and remains the most popular. It’s easy to see why.  From pretty lochsides to open moorland, craggy mountain passes and peat bog wilderness, the Way’s 96 miles (154 km) encompass a tremendous variety of landscapes. But it’s not just the scenery that draws people back here again and again. The route is also steeped in Scottish history and culture.  Some of the tracks are old Drovers Roads, the ancient routes that people used to drive their cattle to market. Elsewhere you follow parts of the Old Military Road, built by the Government to control rebellious Jacobites in the 18th century. Along the route you’ll also encounter a wealth of characters:  Robert the Bruce, Rob Roy and Walter Scott’s ‘Lady of the Lake’ among them. It’s a heady mix.

One of the great things about the trip is that it is entirely accessible by public transport. The start and end points have regular trains from Glasgow and there are also four train stations along the route if you need to walk it in sections. It’s well served by bus services too. Plan your journey with Traveline Scotland.

People generally walk the route from south to north. This means you can warm up with the lower, easier stages and work yourself up to more demanding Highlands. And as a lover of wild, empty places I would recommend going with the majority as it means you’ll meet fewer people walking in the opposite direction!

I’d recommend the West Highland Way official website as a good starting point for route-planning. To walk the route end to end most people take 5 to 8 days, though some superhumans have run it in under 24 hours! The route is broken into 8 sections though you can split these up however you like. Here’s a very brief guide to what to expect along the route.

Stage 1 The route starts off in the Glasgow suburb of Milngavie on the River Allander. As a quick warm-up I’d recommend a walk around ‘The Whangie’ or Queen’s View, where you’ll get an enticing first view of the route ahead. Check out Milngavie’s Things to Do web page for info. From here you’ll walk through Lowland landscapes of lochs and woodlands and along lanes, tracks and an old railway line before reaching the outskirts of Drymen. This is the start of the Loch Lomond and The Trossachs National Park and many people stay here for the first night.

Stage 2 Leaving Drymen you get your first real taste of the Highland landscape. I have lived here for years and never tire of it. The first hill of the Way, Conic Hill, is just 358 metres high but the panoramic views over Loch Lomond are breathtaking. It’s also on the faultline that divides the Highlands from the Lowlands, making it the official start of your Highland journey.

Descending to the loch shore I would highly recommend taking a bit of time out for a boat trip to the Island of Inchailloch, scene of Walter Scott’s ‘Lady of the Lake’. It’s a magical place at any time of year but particularly in May when the island is carpeted with bluebells. Returning to the path, you’ll pass through woodlands of oak and pine before arriving at the small community of Rowardennan. If you fancy nipping up Ben Lomond (974 metres), the most southerly of the Munros, this is the place to do it.

Stage 3, to Inverarnan, might look like an easy lochside stroll but there is a surprising amount of up and down along the route. Look out for feral goats along the path, as well as Rob Roy’s Cave, reputed hiding place of the 18th century folk hero. This stretch of the route is an enduring favourite with Walk Wild Scotland guests and we have had many good times walking it together over the years. We usually end up with a dram or two at the atmospheric Drovers’ Inn – it’s welcomed weary travellers for over three centuries after all, and we wouldn’t want to miss out.

Stage 4 The trail now enters a very different landscape of glens and mountains. As well as stunning scenery to admire there’s lot of history to soak up too. The ancient graveyard of St Fillan’s Priory is definitely worth a detour. You’ll also pass through the ‘King’s Field’ where Robert the Bruce was defeated in 1306. He and his men are said to have abandoned their swords in a nearby lochan.

The village of Tyndrum has a couple of handy shops and I’d suggest stocking up here, as it’s 28 miles to the next retail opportunity! Next, Stage 5 skirts around the peaks of Beinn Odhar and the conical Beinn Dòrain, which dominates the surrounding country. Look out for the impressive viaduct carrying trains of the West Highland Line. Running from Glasgow to Mallaig it is renowned as one of the world’s most rail scenic journeys.

At the start of Stage 6 you’ll be entering one of Europe’s last great wildernesses: Rannoch Moor. I love its haunting beauty. This remote expanse of peat bogs and lochans sounds like it has the makings of a challenging walk, but fortunately it follows the route of the Old Military Road making the ground underfoot is pleasingly solid. It’s very exposed, though, and the going can be arduous or magical depending on the weather. Either way, it’s an unforgettable experience.

If you’ve seen the James Bond film Skyfall, the next section of the route (Stage 7) might look familiar. You’ll pass underneath the imposing slopes of Buachaille Etive Mòr as you enter dramatic Glencoe with towering hills on all sides. You can see why film location scouts love this place. Here the trail zig-zags up the Devil’s Staircase to reach its highest point. If you’ve made it this far you’re 78 miles in to your journey, so you can afford to take a few moments to enjoy the views of the Mamores Mountains and beyond.

The final stretch (Stage 8) from Kinlochleven takes you on another Old Military Road with fairly straightforward walking. You know you’re on the home stretch when Ben Nevis looms into view – just over 5 miles to go! The path originally ended at the edge of Fort William but it’s now been extended to the town centre. Here you can put your feed up and celebrate your achievement in one of the many cafes and bars to be found in Scotland’s ‘Outdoor Capital’.

If the West Highland Way has whetted your appetite, there are plenty more long distance routes to explore across Scotland. There are 29 of them in all. Find out about Scotland’s ‘Great Trails’.

And if you’d like a taster of the West Highland Way experience, why not have a look at our own walking tours including our 5 day Taster Tour. Walk Walk Scotland specialises in small group tours, some of them women-only, and all of our trips are led by experienced guides who know the area inside-out. We love sharing our local knowledge and enthusiasm as well as taking care of all the practical arrangements, so our guests can walk wild and relax in the comfort of a well-planned journey.

However you choose to travel along the West Highland Way, we hope you enjoy the trip!

Engaged in sustainable tourism, our small group tours offer a personal experience of Scotland’s wild nature and landscapes where you can feel safe in the hands of our qualified tour guides. 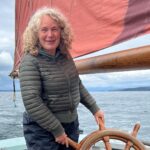 Sailing and Walking Adventure for Women – The Inner Hebrides 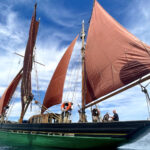 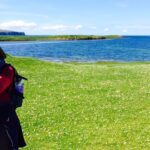 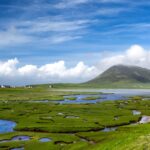 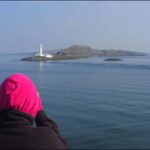 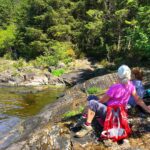 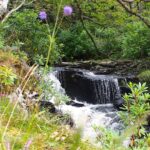 One Day Walking Tour
From£85 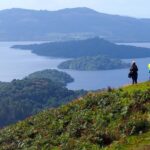 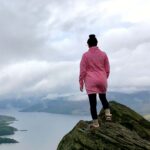 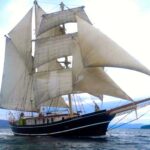 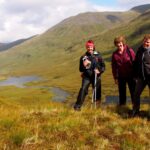 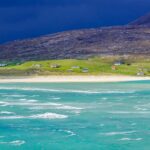 Magic Of The Western Isles – The Outer Hebrides 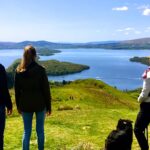